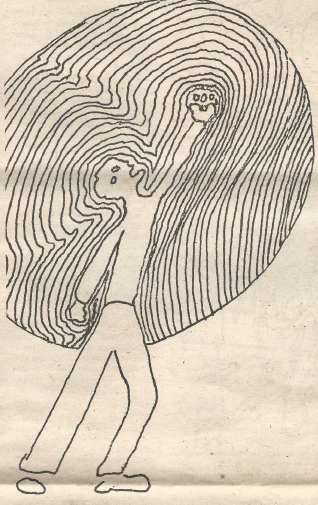 As many people know, mid-July in New York City is not the most comfortable place to be. Despite the uncomfortable heat and humidity a small, informal gathering of anar­cho-syndicalists met to discuss a broad range of issues. These discussions were initiated by the Liber­tarian Workers’ Group (LWG) and supported by a number of ex-ACF affiliates. The purpose of this meeting was not to create a formal organization. Rather the meeting was held to discuss issues, renew old ties and to see if there was enough agreement on basic issues to continue our discussions at a future date. Overall there seemed to be such a consensus.

Although the meeting was not a formal one — formal in the sense that all decisions were binding and a commitment to an organizational form — a fairly comprehensive agenda was submitted by the LWG. Presentation and agreement on the agenda was then followed by an in­troductory position paper of the LWG. This not only outlined the LWG’s positions on various questions and areas of struggle, but also presented an historical analysis of the LWG and its practice, as well as that of the anarchist movement. It should be duly noted that this position paper was not only the pro­duct of the LWG but also based on discussions with other comrades outside the group.

The LWG position paper helped to lay the issues, on the table. It helped to facilitate discussions and was referred to quite often as a starting point for discussion. The overall tone of the position paper was generally critical of the anarchist movement for its lack of a class struggle perspective and analysis; specifically one based on a mod­ern theory and practice. The docu­ment was also critical of the anar­chist movement’s overall isolation from both the struggles of our class in North America and internationally. Criticism was leveled at the anarchist movement’s lack of prioritizing its workplace and politi­cal activities locally and continentally.

Breaking with old anarchist trad­itions of accepted forms of organi­zation the position paper suggested « class struggle anarchists » should question the federative form of or­ganization. It further noted that in light of both the historical exper­ience of the anarchist movement and the working class movement the committee form of organization might be the new organizational form that is needed. Naturally there was disagreement on this score and this is one of the questions that our movement should not only be dis­cussing, but should also be testing in practice.

Since these discussions were in­formal we began with a round robin discussion of local activities. We heard reports from Canada (which seemed to be quite busy with Polish workers solidarity, industrial and feminist activities), Milwaukee and West Virginia (where they are busi­est in anti-nuke activities and some anarchist propaganda), as well as additional bits of info from NYC. Although the levels of activity var­ied due to size and local conditions, one was able to sense that group ac­tivities were being both prioritized and taking on a clear working class character. In some cases there was a feeling of self-confidence that, pragmatically speaking, our activi­ties will be much more successful than in the past. In other words there is a clear recognition of the political maturity of our practice.

As anarcho-syndicalists one would naturally think the bulk of our activities would be workplace centered. While this is overall an on target assumption, the discussions also centered around the partici­pants’ « mass work ». Such work has had mixed results concerning our presentation of libertarian-ideas into mass struggles, such as anti-nuke, anti-draft and to a lesser ex­tent the issue of revolution in Latin America. Limitations of our mass work also became apparent in sev­eral comrades’ recognition that people respect them as individuals but not necessarily as libertarians.

There was also the recognition that there are severe limitations to mass work as libertarians. Such lim­itations include fears of dissolution of our politics and the inherent re­formism of left groups who domi­nate many movements or the lack of left movement in many cases. There is also the problem of devot­ing too much time and energy to mass movements where we fail to recruit people into our groups and movement. On this point there was some disagreement. Some comrades fell that recruitment was not a pri­ority, instead spreading libertarian ideas in these movements. The overall consensus was that we need to further define and analyze our goals, work and the tools we’re using in these movements.

The discussions then turned to the question of the anarchist movement’s relationship to the class struggle and the reformist trade unions. Before moving on to this point it should be noted that there was little discussion of the In­dustrial Workers of the World. A point some comrades fell should have been discussed in detail. How­ever the overall consensus was that the IWW was irrelevant to most of our own situations. Secondly com­rades either felt hostile or indiffer­ent towards the IWW as a revolu­tionary union. Yet it should be noted that nearly all those in attend­ance at one time belonged to the IWW.

Given the LWG’s long history of practical activity in the class strug­gle the LWG was given the floor to present their viewpoint on the role of anarcho-syndicalists in the labor movement. It has long been known in the libertarian movement that the LWG takes a « pluralistic » view­point towards the creation of a rev­olutionary labor movement. By « pluralistic » the LWG means the creation of both autonomous rank and file organizations in the trade unions, as well as the development of independent revolutionary work­ers’ organizations. However at this point the mainstay of their activity has been in their respective unions and industry, that is the needle trades (garment, textile, fur, etc) of NYC. It should also be noted that social LWG members initiated the Needle Trades Workers’ Action Committee, a rank and file commit­tee in the needle trades.

A comrade questioned whether or not working in the reformist unions led to integration into, the bureaucracy, either by taking posi­tions of leadership or by becoming union reformers like other left groups. In response an LWG mem­ber responded that as anarchists we’re duty bound to defend workers self-organization from in­tegration into the bureaucracy and that the question of taking on lead­ership positions — except stewards in certain situations — was out of the question. Rather the LWG see themselves as militants and libertarians building movements « from be­low » and creating organic ties to our class. It was agreed that the role of libertarians is to help create sit­uations of dual power in the unions, rekindling working class self-confi­dence and self-organization.

Given the objective situation of those present it was agreed that we should begin to develop conditions in our workplaces and unions simi­lar to that above. The discussions then turned to the nature of trade union bureaucracy and dual power. On the question of bureaucracy the LWG maintained that they tend not to see the trade union bureaucracy as a class yet. It was argued that the LWG sees the interests of the bur­eaucracy as different from the rank and file; as an emerging class. The rise of this class is not inevitable.

Throughout the discussions it was clear that overall the par­ticipants identified Social Democra­cy as the main enemy on the left in the labor movement. It was general­ly agreed that if Anarcho-syndical­ism is to move ahead it’s imperative to defeat social democracy. In the future we need to split rank and file militants away from the social dem­ocratic leadership. It is important to point out how leftist parties are ex­ploiting the changes in the social democratic union bureaucracies (UAW, IAM, etc) as well.

As the general discussions drew to a close the meeting turned to spe­cifics. That is what can be done as a small isolated network of Anarcho-syndicalists? From the outset the meeting was billed as an open dis­cussion of ideas, etc. with no emphasis on organization building (or at least on the part of many). However we felt that the discussions were not complete so it was decided to publish an internal newsbulletin to take up where we left off. We also agreed to meet again at a future date.

Since a number of the groups at­tending are engaged in solidarity ac­tivities with underground Anarcho-syndicalists in Latin America it was decided to organize a formal sol­idarity center, the Libertarian Aid for Latin America. The L.A.L.A. is presently in the process of gathering information so it can publish a newsbulletin. We also plan to raise money and the Autonomy Collec­tive shall co-ordinate fundraising in Canada. The LWG will do the same in the United States. If comrades want to send donations they can be­gin to now. We invite other anar­chist groups to set up a Libertarian Aid for Latin America committee in their area.

What impressed this correspon­dent the most about the participants was that nearly all were workers en­gaged in practical shop-floor activi­ty. Secondly the level of activity of several groups was rather impres­sive. Although this article dealt in detail with a few items it should be mentioned that we discussed other issues in one way, shape or form such as working class feminism, an­ti-draft, anti-nuke, Polish workers solidarity, disarmament and El Sal­vador.

Critically speaking the meeting was too short. Many issues were left to be discussed. As had occurred in the Anarchist Communist Federation comrades didn’t come prepared with position papers which made the discussions longer and at times too generalized. Then of course there was the lack of representation of com­rades from different regions and the small turnout. A clear indication that our movement is still in the em­bryonic stages.

This site uses Akismet to reduce spam. Learn how your comment data is processed.